The new guidance covers 3 areas: proxy voting, maintenance and compliance with investment policy statements, and the appropriateness of active engagement with corporate management by plan fiduciaries. 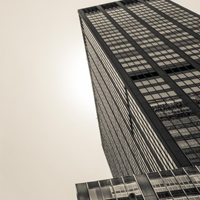 The Department of Labor (DOL) originally issued guidance on proxy voting and exercising shareholder rights in 1994. That guidance was supplemented in 2008 and in 2015 with guidance that also addressed investment strategies that take into account environmental, social and business governance (ESG) factors. Because of changes in philosophies regarding factors contributing to long-term shareholder value, and an overly strict interpretation of past guidance, DOL withdrew some of that guidance and restated its position on these issues.

DOL believes that its prior guidance has been read as articulating a general rule that broadly prohibits ERISA plans from exercising shareholder rights, including voting of proxies, unless the plan has performed a cost-benefit analysis and concluded in the case of each particular proxy vote or exercise of shareholder rights that the action is more likely than not to result in a quantifiable increase in the economic value of the plan's investment. Under that view ESG issues may not be considered without undertaking the same analysis. The new guidance is meant to express the view that proxies should be voted as part of the process of managing the plan's investment in company stock unless a responsible plan fiduciary determined that the time and costs associated with voting proxies with respect to certain types of proposals or issuers may not be in the plan's best interest

The new guidance covers 3 areas: proxy voting, maintenance and compliance with investment policy statements, and the appropriateness of active engagement with corporate management by plan fiduciaries.

The responsible plan fiduciary should vote on matters that may affect the value of the plan’s investment. If unusual or extraordinary costs are involved in exercising voting rights, the fiduciary should consider whether the plan's vote, either by itself or together with the votes of other shareholders, is expected to have an effect on the value of the plan's investment that warrants the additional cost of

Shareholder Engagement. With regard to when shareholder engagement activities may be appropriate, the DOL states:

An investment policy that contemplates activities intended to monitor or influence the management of corporations in which the plan owns stock is consistent with a fiduciary's obligations under ERISA where the responsible fiduciary concludes that there is a reasonable expectation that such monitoring  or communication with management, by the plan alone or together with other shareholders, is likely to enhance the value of the plan's investment in the corporation, after taking into account the costs involved. Such a reasonable expectation may exist in various circumstances, for example, where plan investments in corporate stock are held as long-term investments, where a plan may not be able to easily dispose of such an investment, or where the same shareholder engagement issue is likely to exist in the case of available alternative investments.

While a strict cost benefit analysis is not required, it seems clear that active fiduciary engagement in corporate governance must be considered on an investment-by investment basis.