57 percent of parents who cosign their children’s student loans say their credit scores have been negatively impacted. 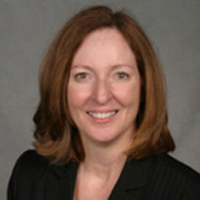 It’s a simple-enough request: a child goes to his parents and asks them to cosign a student loan. Little Johnny has been a good kid, so his parents see no problem with putting their names on the loan papers.

It’s not until Johnny defaults on his student loans that his parents see the error in their thinking.

Even if a student is diligent in paying a student loan, cosigners feel the effects. A recent LendEDU study reveals that 57 percent of parents who cosign their children’s student loans say their credit scores have been negatively impacted.

The reason is simple, yet so often overlooked: the amount of the student loan is registered as a debt obligation to both the student and the cosigner. By matter of practicality, financial institutions do not divide responsibility among parties – both are on the hook until the loan is paid in full.

That’s why 35 percent of those parents surveyed say they regret cosigning. That and the fact that 58 percent have had to help their kids make payments.

Advisors can educate participants who have college-bound children by alerting them to the very real consequences that are associated with cosigning.

There are alternatives that advisors can help retirement plan participants can explore. One is simply offering to help pay the loan while keeping the loan in the student’s name only. Since student loans are based on future earnings and cosigned loans attach to a parent’s actual assets, it behooves participants to keep an arm’s length agreement regarding loans.

Ideally, advisors should be instructing their participants to avoid cosigning student loans so as not to put their own retirement in peril. Based on the risks involved, it’s better to allow students to pay higher interest rates or to work toward paying off loans as he or she attends college.

Also, advisors can educate their participants on the alternatives to cosigning, which can include helping the student out of pocket instead of taking on responsibility for the entire loan amount. With college expenses on the rise, a conversation now can help participants avoid a costly mistake that could hurt them in their retirement years.