If a client prioritizes early retirement, aside from a gentle, but perhaps necessary reality check, advisors are in an excellent position to guide this plan in a realistic and fiscally safe manner. 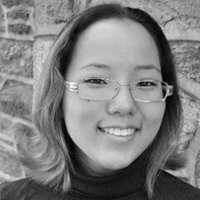 It’s a puzzling move—on one hand, millennials are over-educated and in debt, heartlessly murdering the napkin industry with their minimal budgets, and unable to buy homes, opting instead to share space with roommates well into their 30s and beyond. At the same time, however, many want (and even more perplexing, expect) to retire early. Despite these aspirations, a Nerdwallet study which found that for the class of 2015, “rising rents and increasing student loan debt have pushed the retirement age to 75 for college graduates.”[1]. As the current average retirement age is 62, and average life expectancy is 83.6 for those born in 1993 (81.6 for men, 85.5 for women), that means that the class of 2015 will work for 13 years longer and spend only about 9 years in retirement.
‍


The FIRE movement (short for “Financial Independence Retire Early”) has gained popularity with millennials, a plan that sacrifices almost every day-to-day creature comfort in favor of substantially boosting retirement savings. However, not only does that make every day until retirement abjectly miserable, as some who followed the plan discovered, but it also simply isn’t “truly” feasible for most; early “retirees” often worked part- or full-time non-traditional jobs, such as converting their FIRE blogs and social media presences into their main source of income.[2]  However, it’s important to note that even with these caveats, this is a lifestyle affordable only to the already financially stable (or more). In a Vox article covering this phenomenon, the subjects in question earned “a combined low-six-figure income” in addition to receiving two inheritances which they then invested.[3] However, even these well-compensated workers retired at 33 on only $1 million; pennies compared to the possible cost of living throughout a lifetime, or even a serious medical setback.
‍

However, despite being warned by everyone from mom and dad to big-name institutions to save every penny and “skip the latte” in order to boost savings and pay off student loan debt, economists are also warning that extreme saving can have troubling economic consequences with widespread adoption.[4] “When consumers save a big portion of their income, they are not spending as much on dinners out, movie nights and cars. Businesses respond by investing less in equipment and technology, and productivity stalls. Bosses are unwilling to pay their workers more for the same output, and weak pay gains further restrain spending,” an NYT article from earlier this year explains.[5] Yet, being asked to prioritize the profit margins of movie theaters and car manufacturers runs contrary to the popular narrative of millennials, who are believed to be notorious industry-killers (but really, does anyone really care that much about napkins and fabric softener?).[6]
‍

If a client prioritizes early retirement, aside from a gentle, but perhaps necessary reality check, advisors are in an excellent position to guide this plan in a realistic and fiscally safe manner. Especially for those who are already high earners, have received money from outside sources (like inheritance), and are willing to eschew everyday creature comforts in favor of working fewer years, this may be a realistic goal, though with a slightly longer timeline than many may have originally anticipated. Many may not have budgeted for big life events, such as births, homeownership, or deaths, medical emergencies, or college funds. However, like most things in life, this is also a privilege most easily afforded to those whom already have accumulated wealth and are financially well-off. While it isn’t necessarily impossible for poor, debt-ridden, low-income millennials to retire early, it is significantly less statistically likely; there’s a reason most high-earners come from wealth, or why the backstories of successful entrepreneurs (like Elon Musk, Jeff Bezos, Bill Gates, and others) often include early investments from wealthy family members. Regardless of how feasible, encouraging young people to invest is always a pertinent move, though the risks of retiring, say, in their early 30s with $1 million should be emphasized heavily; the coronavirus pandemic has deftly illustrated the financial risks of not only relying on the market as the sole source of income, but also the devastating personal and economic impacts of unexpected medical bills and resulting health conditions.